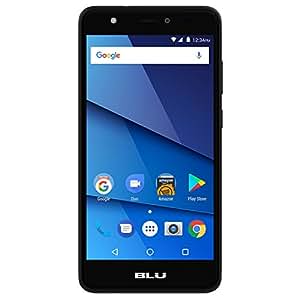 This Device is Factory Unlocked (Unlocked by BLU and has never tied to a Wireless Carrier). It is fully compatible with every GSM Carrier worldwide! (‘GSM Carrier’ is a carrier that uses a SIM card, such as AT&T, T-Mobile, etc. This phone is NOT COMPATIBLE with CDMA carriers such as Verizon Wireless, Sprint, US Cellular, etc). An inspired the design – the BLU Studio J8 has once again pushed the envelope when it comes to creativity. Designed with a electrolyzed metal housing paired with a smooth liquid like curved touch panel display. The Studio J8 3G provides the use with flawless multitasking efficiency. With a MediaTek MT6580 Chipset along with a Mali-400 GPU, watching videos and playing your favorite games will be second nature. With a true high definition display in the palm of your hand, the Studio J8 3G is sure to thrill you every single time. With a superb 720 x 1280 HD resolution matched with state of the art curved glass screen, so that everything viewed on the screen will be nothing short of spectacular. The Studio J8 LTE has two brilliant camera’s for your delight. Both the Rear and Front Camera’s are equipped with Flash, so whether you’re trying to live in the moment and capture memories on yout 8MP Rear Camera or if Selfie’s are more your thing, the 5MP Front Camera will help capture you in your best light.